More From The Cancel Culture

Aunt Jemima and I want Yale renamed, it is named after Elihu Yale who was an American born British merchant, slave trader, President of the East India Company settlement in Fort St. George, at Madras, and a benefactor of the Collegiate School in the Colony of Connecticut, which in 1718 was renamed Yale College in his honor.
https://www.tigerdroppings.com/rant/o-t-lounge/when-will-yale-university-be-called-on-to-change-its-name/90580346/
I want New York renamed. It's named after the Duke of York, the most successful and ruthless slave trader in history,
https://www.nationalarchives.gov.uk/pathways/blackhistory/africa_caribbean/britain_trade.htm
I want all the bridges, streets and buildings named after Robert Bird torn down in Virginia, he was Exalted Cyclops for the KKK, Enforcer, and was the longest serving Democrat Senator in history until his death in 2010.
I want Obama's statue removed from all public places immediately. Obama gave the eulogy for said KKK Exalted Cyclops for the KKK Robert Bird.
Barack Obama and Hillary Clinton assassinated the President of Libya, Muammar Gaddafi, and due to his death Libya is now the largest African slave trading country in the world.
I want Clinton's face removed from all public places for her role in the assassination of Muammar Gaddafi and referred to KKK Robert Bird as her mentor.
I want Anderson Cooper of CNN fired, he is a Vanderbilt through his mother and they made their fortune on the backs of slaves and were the first to bring slaves South.
I want Nancy Pelosi immediately removed from office, her father Thomas D’Alesandro, Jr., publicly endorsed bigotry — by her own definition — when he dedicated a statue to Confederate Gen. Robert E. Lee while mayor of Baltimore. In a speech dedicating the statue, Pelosi’s father hailed Lee and Confederate general Stonewall Jackson as a symbol of unity and a source of our “inspiration.”
“Today, with our nation beset by subversive groups and propaganda which seeks to destroy our national unity, we can look for inspiration to the lives of Lee and Jackson to remind us to be resolute and determined in preserving our sacred institutions,” D’Alesandro, Jr. said.
T hese things need to be done as soon as possible because they offend me. 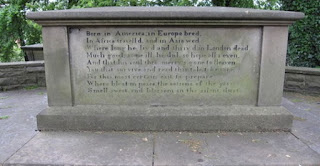 The Guy They're Banking on

We Need To Do Better

WHAT COULD GO WRONG? 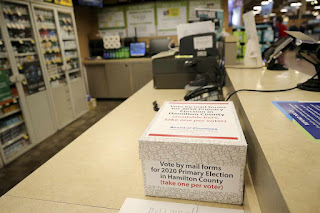 Between 2012 and 2018, 28.3 million mail-in ballots remain unaccounted for, according to data from the federal Election Assistance Commission. The missing ballots amount to nearly one in five of all absentee ballots and ballots mailed to voters residing in states that do elections exclusively by mail.
States and local authorities simply have no idea what happened to these ballots since they were mailed – and the figure of 28 million missing ballots is likely even higher because some areas in the country, notably Chicago, did not respond to the federal agency’s survey questions. This figure does not include ballots that were spoiled, undeliverable, or came back for any reason.
Although there is no evidence that the millions of missing ballots were used fraudulently, the Public Interest Legal Foundation, which compiled the public data provided from the Election Assistance Commission, says that the sheer volume of them raises serious doubts about election security.

The Best Man For The Job

This is most coherent thing I have heard about COVID19
Posted by Lisa at 7:04 AM 68 comments: