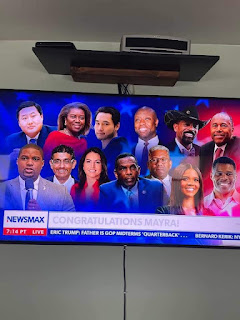 I am sure it was "Suicide " 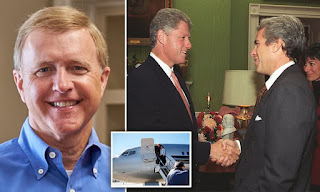 Bill Clinton's special advisor who let Jeffrey Epstein into the White House seven times and flew on the Lolita Express dies at 59 - the latest associate of the former President to suffer an early demise .

One of Bill Clinton's former special advisors who helped cement his friendship with Jeffrey Epstein has died at the age of 59, becoming the latest associate of the former President to die young.

Mark Middleton's family said that he passed away on Saturday in a statement which did not reveal the cause of death.

The father-of-two lived in Little Rock, Arkansas, and local law enforcement and the county coroner told DailyMail.com that they were not investigating the death and did not respond to it.

When you're a huge  Queen Fan and you come across this. 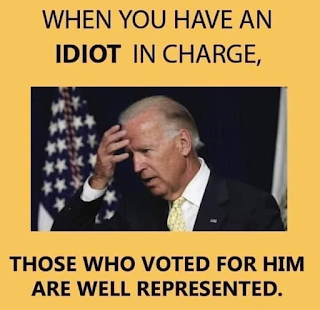 1977    *Biden fights to keep schools segregated because in his own words, "allowing blacks to integrate would create a racial jungle" Fact check me.

1988    *Ran for president but had to end his campaign after getting busted for plagiarism.

1994      ***Biden writes the "Stop and Frisk" law which is what blacks blame for "systemic racism" today.  This law took millions of black men from their homes and transplanted them into prison.  Way to go Joe.  This was Biden's biggest accomplishment in 47 years of elected office.  Fact check me, it's true.

Runs for President again and gets 1% in Iowa--fact check that! 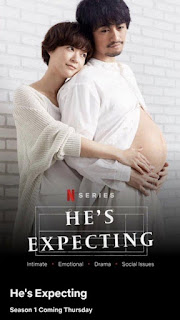 Nutflix losing customers.  Maybe they should stop this idiocy and pay attention to what Americans  prefer to watch.

BTW Twitter and Musk came to a purchase agreement. Already those who were banned got e-mails today reinstating their accounts. Personally I think Twitter should offer them jobs of overseeing posts. Anyway it's a great day for free speech. 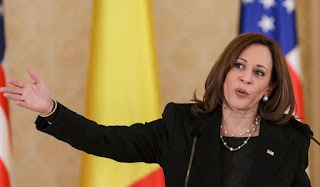 When will the dems start choosing by merit instead of identity? We have Mashed Potato Brain for President and this joke for VP . One day the supporters of these incompetents will hang their heads in shame  that they voted for this evil

On foreign policy, Harris wishes to project a sobriety that is half-Churchill-in-the-House-of-Commons and half-Brutus-delivering-his-funeral-oration, but, because she has not done the reading and rarely knows where she is, she ends up sounding like a punch-drunk Napoleon at the opening of a suburban toy store. “I am here,” Harris said last week, an ersatz frown rippling awkwardly across her face, “standing here on the northern flank, on the eastern flank, talking about what we have in terms of the eastern flank and our NATO allies, and what is at stake at this very moment — what is at stake this very moment are some of the guiding principles . . .” On medicine, she, well, who knows, frankly? “This virus,” she has said. “It has no eyes.”

Glad we cleared that up.