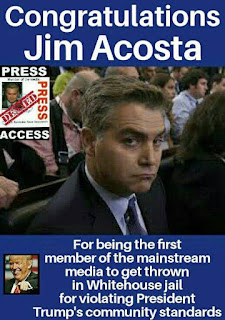 In 2016, corrupt Democrat partisans both in and out of government, along with their allies in the media, were desperate to stop the Trump juggernaut and used every tool at their disposal to do it. The effort started with opposition research funded by the DNC and the Clinton campaign. Then several versions of former British spy Christopher Steele's anti-Trump dossier were delivered to the FBI, each from a different messenger: the late Senator John McCain (R-Ariz.), Mother Jones reporter David Corn, and Fusion GPS founder Glenn Simpson.
Then the FBI counterintelligence investigation began and subsequent FISA warrants were secured, citing a Yahoo News article that was based on the sketchy dossier. Finally, Mueller was called in to finish the job in May of 2017 and hopefully deliver the death blow to the new president.
But "Mueller Time" arrived, and it didn't deliver the coup de grace to President Trump that Democrats and their allies in the media were hoping for. In fact, it did the opposite. It has delivered the coup de grace to Trump's nemesis -- the Russia-obsessed media. How many Americans are now looking at the media with a mixture of pity, disgust, and suspicion after being forced to listen to them caterwauling about Russia! Russia! Russia! for three long years? And how many Americans who believed every word of it are now having trouble processing the "disappointing" truth that our president is not "Putin's Puppet"?