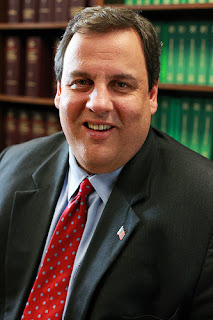 So Chris Christie is on the campaign trail now.
I like his raw honesty and I think he would make
a successful president. I would really like to see him
slim down though.

He is talking about Social Security with honesty.While
Bernie Sanders is talking about expanding it, of course
which is attractive to liberals,Christie is talking about
trying to save it,
which people don't want to hear but need to.
One idea he said was to limit the amount of subsidies
toward medicare and no SS payments to people
who retire with $200,000 or more yearly income.
Thoughts?