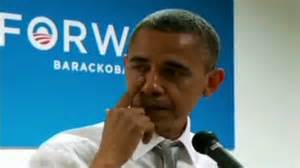 Thanks to Z at Geez for the idea and the wonderful comments made there. I decided to repost some of them:https://geeezblog.wordpress.com/2015/09/10/obama/#comments


So what do people think some of the worst things Obama has done since elected. Below is a compilation of some of those.


*Wrecking our healthcare system
* Ballooning the national debt to 18 trillion
* Choking the economy, giving us the WORST economic recovery on record
* Bringing in radicalized 7th century muslims from Somalia, Syria and other places and dumping them on American communities
* REFUSING to bring in Christian refugees from the ME
(Western Hero)

Hillary Clinton and John Kerry as Secretaries of State(Bunkerville)


Your healthcare costs won’t increase one dime,you can keep your plan,etc(Me)


There are so many more,and just not enough room for them all so I just chose these.
Yep voters this is your Hope and Change . Hope you are enjoying your fundamental transformation