She Was Told This Was Racist(because everything is) 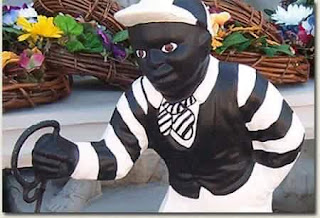 I often get asked about my lantern footman sitting in my front yard. I've had black people say you shouldn't have that out that way "it makes people think you are a racist" I laugh, or "its offensive to white people" again I laugh and then explain what the significance of the lantern footman really is.
Im really amazed at how a lot of people don't know the real meaning behind these statues, so they vandalize them, bitch about them being racist, etc. When the image of a black 'footman' with a lantern signified the home was a stop on the Underground Railroad. These are largely a northern thing, and weren't commonly found in the South until after WWII when northerners moved there and brought this custom with them. The clothing of the statue was also coded. A striped jockey's shirt meant that this was a place to swap horses, while a footman in a tailed coat meant overnight lodgings/food, and a blue sailor's waistcoat meant the homeowner could take you to a port and get you on a ship to Canada. I always laugh when I hear black folks talk about how racist these are, because honestly, the cats who had them were likely the LEAST racist. Later, these came back into popularity after WWII, and they were again coded to show the white homeowners supported early civil rights efforts, weren't Klan, etc. 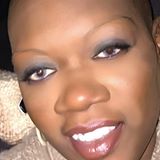