Being The Most Qualified May Be a Downfall 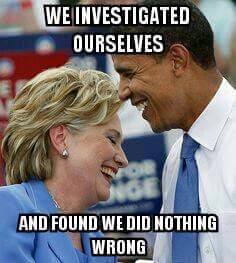 So Obama flew Hillary around in Air force One and stood behind a podium with the presidential seal on it
Trying to make her look like she is already the president.
Reminds me of the propaganda used in the 2008 election. Remember Obama walking out on stage with columns looking like the Lincoln Memorial? Or a commercial of him sitting at a desk making it look like the oval office?And of course the picture that made front pages of many newspapers of him being cheered in Berlin like he was some kind of rock star like they all came just to see him but it was after a free concert hot dogs and beer.
So since Obama said Hillary is the most qualified to ever run it must be true . Because this Administration has always been so transparent telling us how wonderful Obamacare is and how strong the economy is.
So what qualifies Hillary other than the fact she has been around Washington and has made her millions working in government?
Maybe this is what the people don't want. Maybe they are looking for someone else. Someone who actually built things and someone with real executive experience. Sounds good to me