Another Hollywood Liberal Caught in the Act 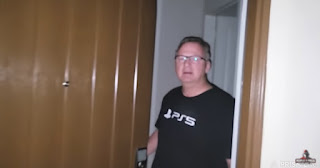 A senior executive at Sony Interactive Entertainment was fired from the company after he allegedly appeared in a pedophile sting operation video made by an online vigilante group called People v. Preds. A spokesperson for the electronics and entertainment company confirmed that Senior Vice President George Cacioppo had been “terminated from employment” following the Dec. 3 release of the video, which appears to show him as he plans to meet a 15-year-old boy for a proposed sexual encounter, CNET reported.

The person pretending to be the 15-year-old boy then turns camera light on and asks, “Who are you out here to meet, Jeff?”

The man believed to be Cacioppo then retreats into his house and says “no” before closing the front door.

The man filming then shouts, “Excuse me everybody, this guy invited a 15-year-old boy to have sex with him tonight.”

The group also posted online chat logs allegedly from the Grindr dating app purporting to show Cacioppo exchanging messages with a person posing as the minor.

“Got cock photos?” the person believed to be Cacioppo asks.

“I think we talked before im only 15,” the person responds. “Plz don’t be mad. I can keep a secret.”

A photo file was then sent but is not included in the posted chat logs.

“Mmmm very nice,” the older man says in response to the photo.

The person posing as the child later clarifies that he “just turned 15 2 weeks ago.”

After an explicit discussion about oral sex, the man believed to be Cacioppo writes, “Love to unzip your pants.”