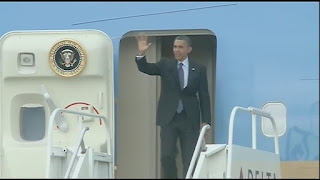 There he goes again. Taking credit for something he didn’t do…..again.
Goes to NO for the 10th anniversary of Katrina and pats himself on the back for all that progress he made down there. Like without him nothing would have gotten done.
Just like all the progress he made for Superstorm Sandy. You know the storm where people were stranded not for days but weeks.
So what other successes does Obama pat himself on the back for? Oh yes ending the Iraq war and creating ISIS. Great job Barry . Oh but he did end the war in Afghanistan even though ewe are still there. Go figure.
Great economy he created even as more people have dropped out of the workforce and more people are living below the poverty line than ever before, especially the black communities.
Oh and most of all the wonderful healthcare law that hasn’t even fully taken effect yet and has risen premiums ,co pays and deductibles for so many and has limited access to good care.
Remember what we were told? We will see decreased costs and you can keep your plan and your doctor.  Has anyone seen that?
But hold on everyone the best is yet to come.
By the way looks like North Korea is on the verge of war with South Korea. Maybe Iran can step in and help.